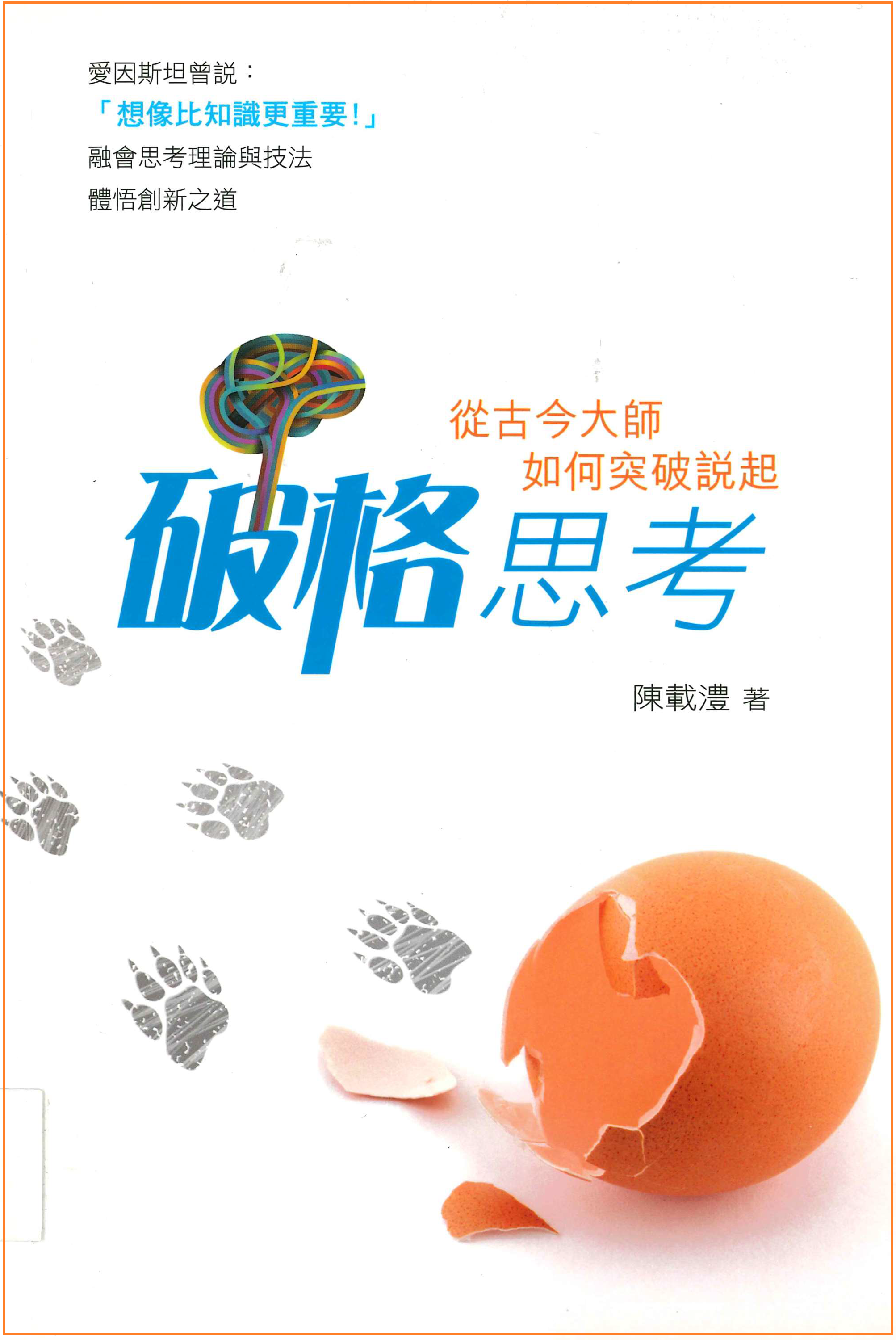 Dr. Stephen, Choi-Lai CHAN (陳載澧), our former colleague passed away in the company of his wife Josephine C.F. WOO in Hong Kong on 10th October 2021 at the age of 81.

Dr. Chan received his B.Sc. (General) degree from The University of Hong Kong in 1963. He continued with a one year B.Sc. Special course in mathematics and obtained the B.Sc. Special degree with first class honours in 1964. As a student, Dr. Chan had impressed his teachers by his confidence in his ability and the straight-forward and intelligent way in which he raised and answered various questions. Dr. Chan then went to the University of British Columbia to study theoretical physics under the direction of Prof. Malcolm McMillan and worked on some problems in the theory of elementary particles. In a letter dated 2nd February 1968 to Prof. Yung-Chow WONG, the Head of Department at that time, Dr. Chan mentioned that he was doing very fine in UBC and was awarded the Antoio Stanghellini Scholarship to support him to attend the 5th International School of Physics ''Ettore Majorana'' in Erice, Italy for two weeks in July, 1967. There were 128 physicists from thirty-four countries in the summer school and Dr. Chan was one of the only three participants who won the Scholarship. In the same letter, Dr. Chan also mentioned that he had applied a lecturer position in our department. On 26th March 1968, HKU offered Dr. Chan a Lectureship in Applied Mathematics subject to his obtaining the Ph.D. degree at UBC. In a letter dated 28th March 1968 from Prof. Wong to Dr. Chan, we know that even though there were other candidates who have obtained their Ph.D. degrees and had more research and teaching experience, the Department thought Dr. Chan had better potentiality and had confidence in his ability. Dr. Chan accepted the offer on 9th April 1968. He then completed his thesis Octet Enhancement in Hadronic Interactions and passed the oral examination on 3rd September 1968. Results in his thesis were later published in American Journal of Physics, Journal of Mathematical Physics and Physical Review D. On 7th September 1968, Dr. Chan married his wife Josephine C.F. Woo in Vancouver and they flied back to Hong Kong about two weeks later. On 27th September 1968, Dr. Chan joined the Department of Mathematics, HKU as a Lecturer in Applied Mathematics. Since then Dr. Chan has been working in our department for 34 years until he retired from this teaching job on 30th June 2002.

The first course Dr. Chan taught at HKU was Statistical Mechanics (a new Applied Mathematics paper for B.Sc. Special students). Later, he also taught the Special Theory of Relativity, Classical Mechanics, Group Theoretical Methods in the Physical Sciences and First year Mathematical Analysis. He also offered mathematics courses like Operational Research II (in collaboration with Dr. K.T. LEUNG) and Probability Theory for which he has been teaching on and off for more than twenty years. Dr. Chan was enthusiastic about his work and his lectures were always clear and lively. Moreover, students also found him very approachable and he often invited students for coffee together after the class. Moreover, Dr. Chan also served as the Warden of Old Halls (1972-1973) and the non-residential Hornell Hall (1974-1999).

In 1970-80s, Hong Kong was geographically isolated from other institutions of higher learning. Therefore, it would be important for our staff to attend conferences and spend a few months at other centres of learning in order to keep up with the new developments in their respective fields of study. Dr. Chan participated quite a number of conferences in 1970-80s and one of them was the 1980 Guangzhou Conference on Theoretical Particle Physics organized under the auspices of the Chinese Academy of Sciences with Prof. San-Tsiang TSIEN being the Organising Committee Chairman. There were 100 physicists from China and 41 from overseas which included Prof. Tsung-Dao LEE, Prof. Chen Ning YANG and Prof. Anthony ZEE. Dr. Chan also met Prof. Hong-Mo CHAN (from CERN) who was a former graduate of our department and then a lecturer in Applied Mathematics in 1960-1962. The opportunity to hold extended discussion with scientists such as Lee and Yang was certainly hard to come by. Later, with an invitation from Prof. Chen Ning Yang, Dr. Chan became a member of the Institute for Theoretical Physics, State University of New York at Stony Brook for the period November 1980 to June 1981. There Dr. Chan met some top physicists and worked on a new solid state problem which eventually led to a joint paper with another visitor Prof. Yong-Shi WU published in Journal of Physics C: Solid State Physics.

The visit to UCLA in December 1977-August 1978 was even more influential to Dr. Chan's career. There, he was a visiting scholar in Department of Systems Engineering and a visiting associate professor of the Theatre Arts Department but he found himself spent much more time in the latter department (he was teaching Drama and Directing there). Actually, since 1974, Dr. Chan has been involved with the theatre variously as director, playwright or translator of plays, initially in association with major non- professional groups and after the UCLA visit, also with leading professional companies such as the Hong Kong Repertory Theatre Company to which he was also artistic advisor from 1982 to 1998. His theatre works in the Mainland broke new grounds and are regarded intercultural actions of significance. More important professional directing assignments include Marat/Sade 《馬拉∕沙德》(jointly with K.F. Chung, Hong Kong Repertory Theatre HKRT, 1983), A Man for all Seasons 《日月精忠》(HKRT, 1985), Desire Under the Elms 《榆樹下的慾望》(HKRT, 1988), Black Comedy (HKRT, 1991); Equus 《馬》(The Shanghai People Arts Theatre, 1986), He'll be out of Mountains Tomorrow 《明天就要出山》(Shanghai PAT with Richard Schechner, 1989), Black Comedy (Guangdong Province Drama Theatre 1991), Oedipus Rex (UCLA Theatre Arts Department, 1978). Professional Commissioned translations included Marat/Sade, Amadeus, A Man for all Seasons and Equus (for Shanghai).

As co-founder and Vice-Chairman of the Hong Kong Institute for the Promotion of Chinese Culture, Dr. Chan was responsible for its performance arts and academic programmes in an executive capacity and was instrumental in many of its pioneering activities. Directorship of major conferences and festivals including the Huang-He Festival (1985), the Peace Rally Open Air Festival (HK Government), International Brecht Festival (1986), International Conference on Translation Today (1987), International Conference on Arts Administration (1988; April Beijing; May Shanghai, with the PRC Ministry of Culture), Theatre Season of Contemporary Chinese Literary Masterpieces (1985). With such impressive executive experiences, Dr. Chan was invited by the then Vice-Chancellor, Prof. Guangwu WANG to set up and chair a Committee on General Education in June 1995. Over the year, the General Education Programme proved to be popular among students and enrollment to its courses kept going even after the inception of the unit-learning broadening courses in 1998. The programme has also acquired a reputation among sister universities as valid and effective effort toward whole-person education. From 1995-2000, some 200 courses and workshops in diverse areas including economics, management, society, culture, media, the arts, science and mathematics, computer science, EQ and the art of thinking, history, philosophy, architecture have been mounted, with special emphasis on the interaction and interface between different disciplines. The accent has always been on education of the whole person rather than mere transmission of knowledge and techniques. From 1995-2000, Dr. Chan, though nominally only the chairman of the Committee on General Education, acted also as the de facto director who designed, planned and supervised the implementation of the above programmes. Given the success of the General Education programme in HKU, Dr. Chan was invited to establish the Art and Cultural Education Programme for the Hong Kong Baptist University in 2002. Later, he became the Director of the Centre for Holistic Teaching and Learning in HKBU.

His passion about drama, mathematics, physics and the teaching of creative writing led Dr. Chan to think a lot about learning and creative thinking. He wrote columns about these topics for local newspapers like the Hong Kong Economic Journal《信報》for many years and eventually he published the book 《破格思考 : 從古今大師如何突破說起》on creative thinking in 2014. Just before Dr. Chan retired from our department in 2002, he gave a talk on Mathematics, Science and Creative Thinking 《數理與創意思考》in our public lecture series 《數趣漫話》 on 9th March 2002. At the very beginning of his lecture, Dr. Chan showed the audience the very touching "water scene" in the movie The Miracle Worker (1962). The scene is about how Helen Keller first made the connection between water and the word WATER. Dr. Chan then explained to the audience how Helen Keller's discovery is related to our learning process (this can also be found in the preface of his book). The recording of this lecture can be found here.

Finally, I would like to end with Dr. Chan's own words about the mission of general education:

It is to be emphasized that the object is not to learn all the connections among the multifarious sub-modules in liberal studies - this is not necessary, and certainly not practical. The aim rather is to enable the learners, through taking part in active and deep learning, to build up a mental model of the connectedness of knowledge and recover the desire, confidence and ability to explore uncharted terrains. The main thing is to learn to connect.

Dr. Chan will remain in the memory of those who knew him. May he rest in peace.

(Original article and photos were posted on the website of Department of Mathematics, HKU: https://hkumath.hku.hk/web/memory/memory_clchan_main.php)